Time for another Urania development update! In the last dev update (back in February) I began work on the last major v1 feature for Urania: a traditional aspectarian. That work is now done. 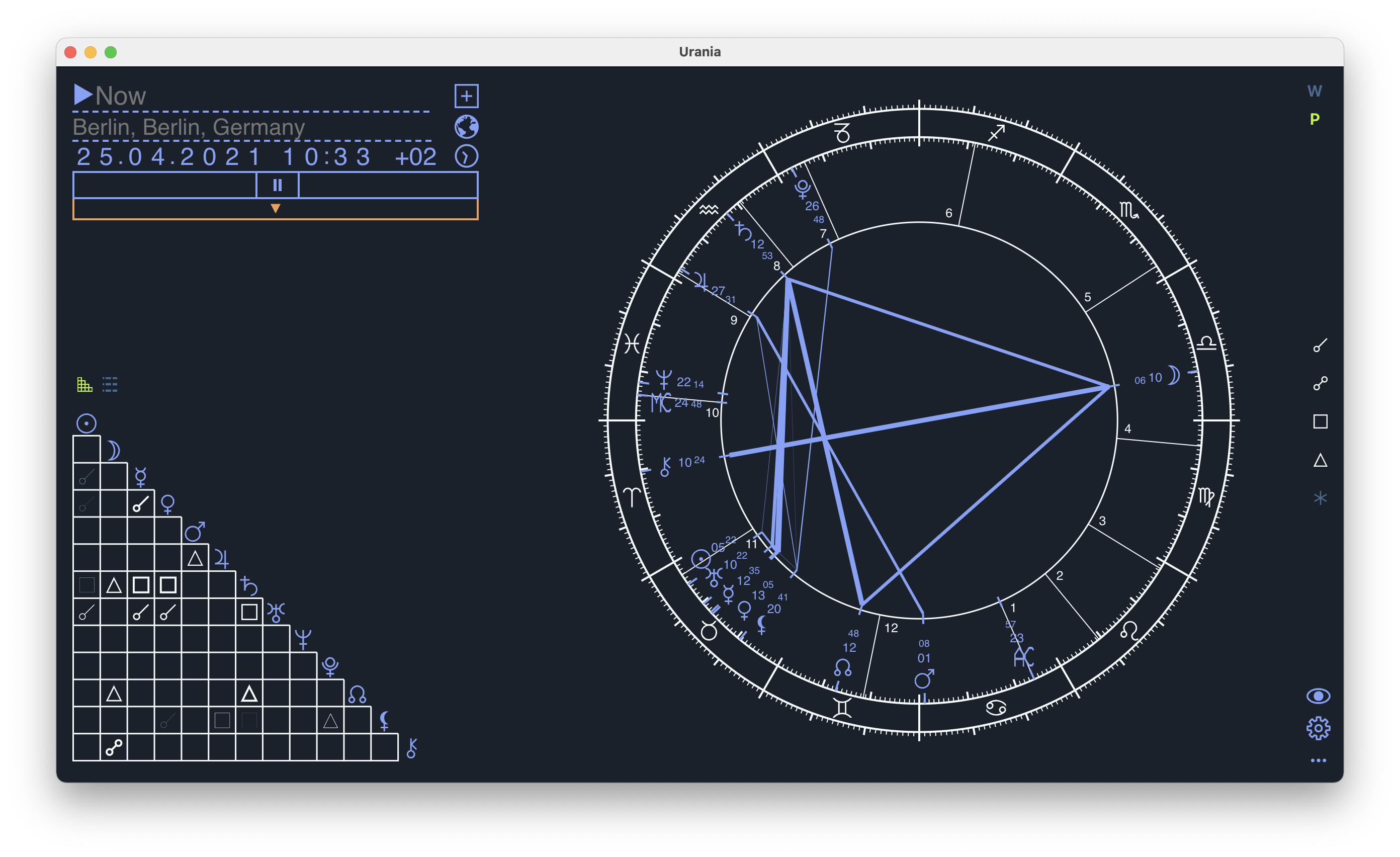 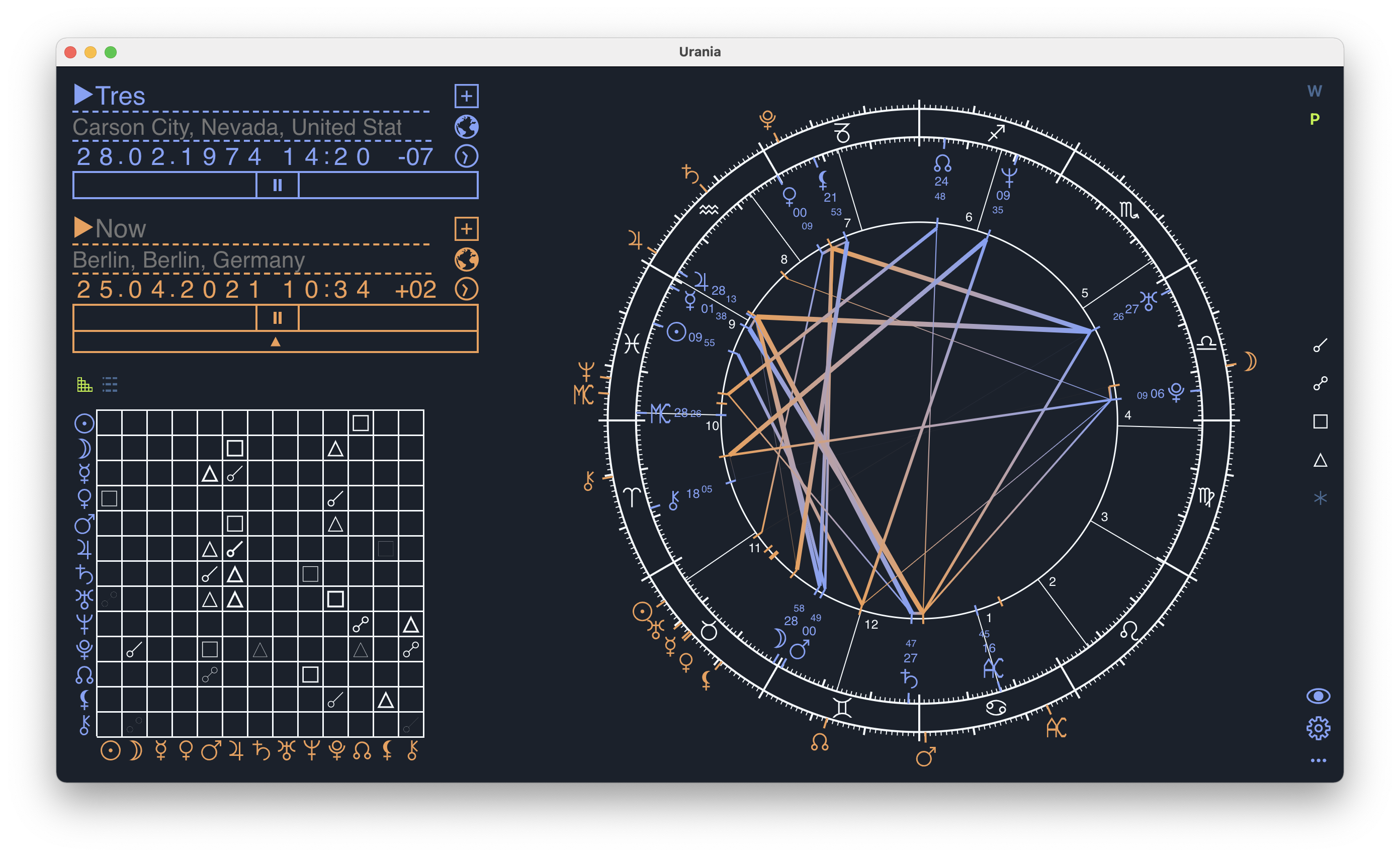 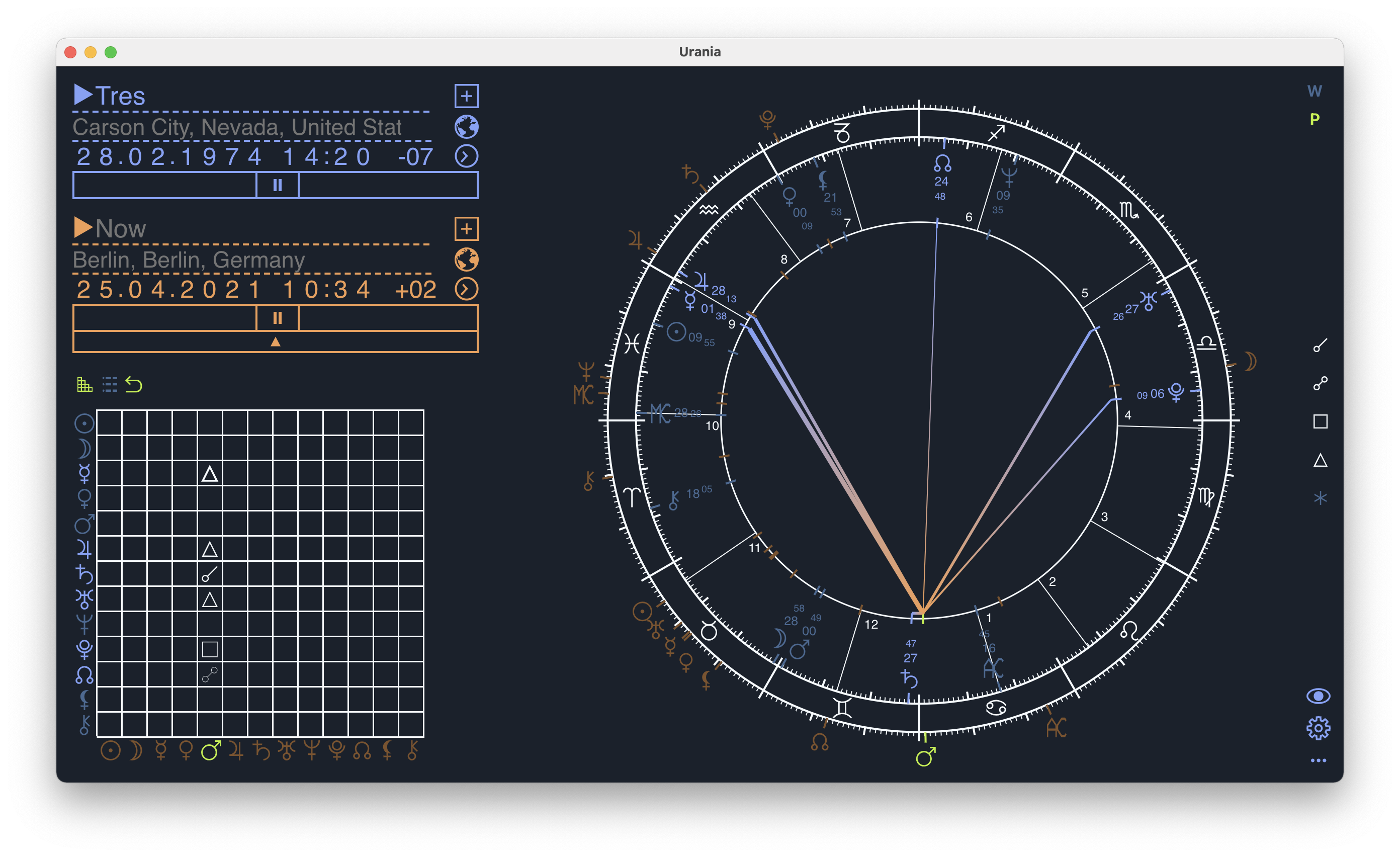 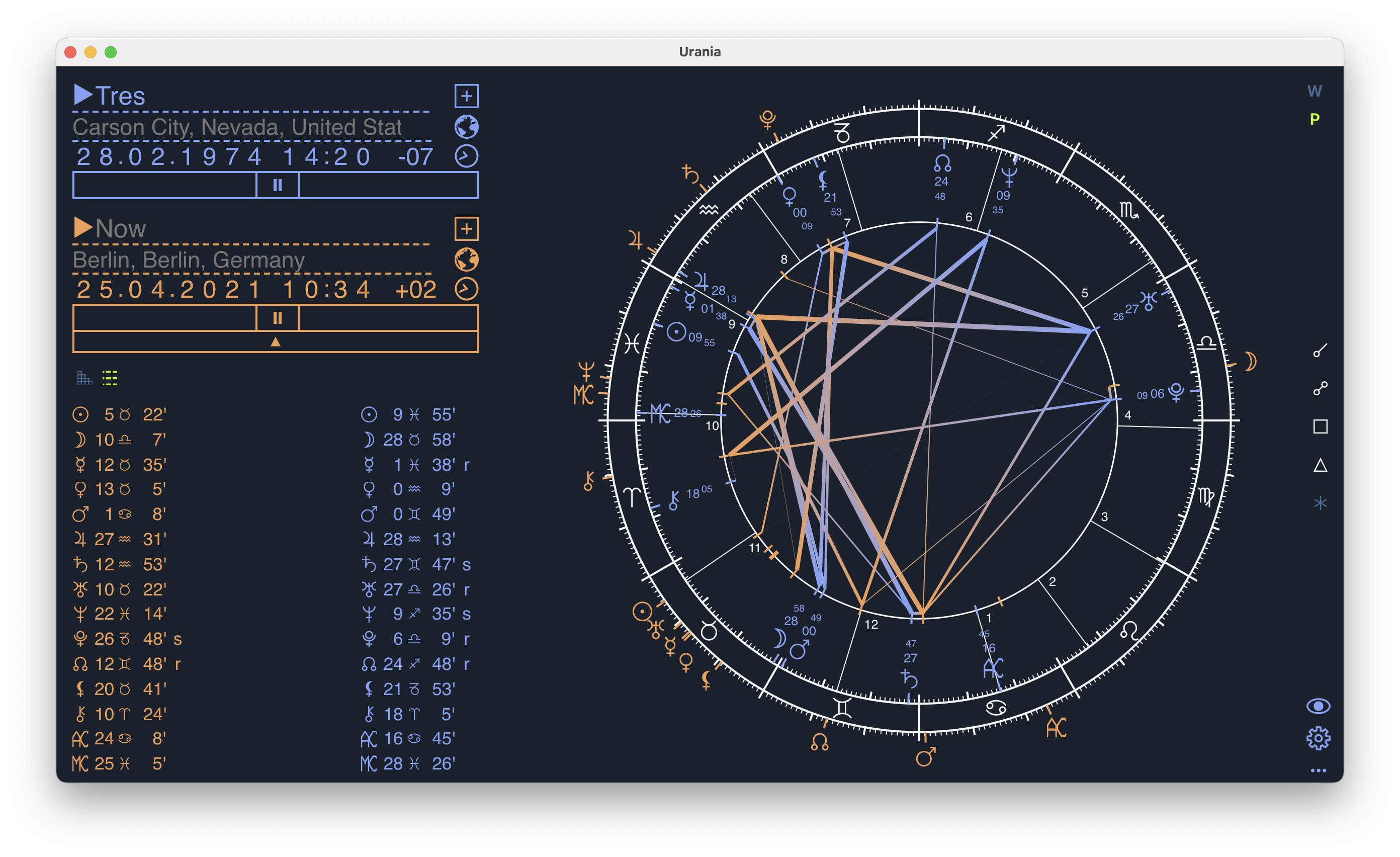 In addition to the aspectarian, there are a number of smaller features and bug fixes implemented. Here's just a few of the highlights:

I'm currently working on release specific tasks which includes, among other things, error reporting and improving platform builds. The high-level roadmap is up to date.

Finally, if you haven't checked out my interview on the Arnemancy podcast, you should! Reverend Erik and I discuss the intersection of tech and magic and dive in on some Urania details (among other things). One of the announcements in that interview is that the v1 release or Urania will be free for everyone to download and use.